In 1935, Carl Barks took his first step towards fame. For the previous seven years he had maintained a nice income as a cartoonist for several magazines, but he felt something was missing. He was ready for something more interesting. One day he saw an ad from the Disney Studios. They were hiring new blood for the cartoon department and Barks was game!
It was a gamble. 'Disney' at that time, was not the household word it is today. But Barks knew enough about the studio to apply although it would mean a decrease in salary. Barks had no experience in animation but, with a stroke of genius, he introduced himself by sending four sketches along with his application. Not just hastily made sketches but thorough and meticulate drawings showing that he knew a bit of Disney's work. The drawings were inked and he added a bluish watercolour tone.

Two of the drawings depicted Mickey Mouse. Barks knew exactly what Mickey looked like as he had already appeared for a number of years in comic books and animated cartoons. Barks' sketches have a very good likeness. But that was not the case for the two other sketches. Barks had heard that Disney was doing a full length animated feature film of Snow White and the Seven Dwarfs, but he had no way of knowing what the characters were going to look like. So he sent his own conception of what two moments of the film may look like.
Happily, the people at Disney were so impressed by the young artist and his work that he was offered the job. Just imagine if he had never gotten it ...!!! 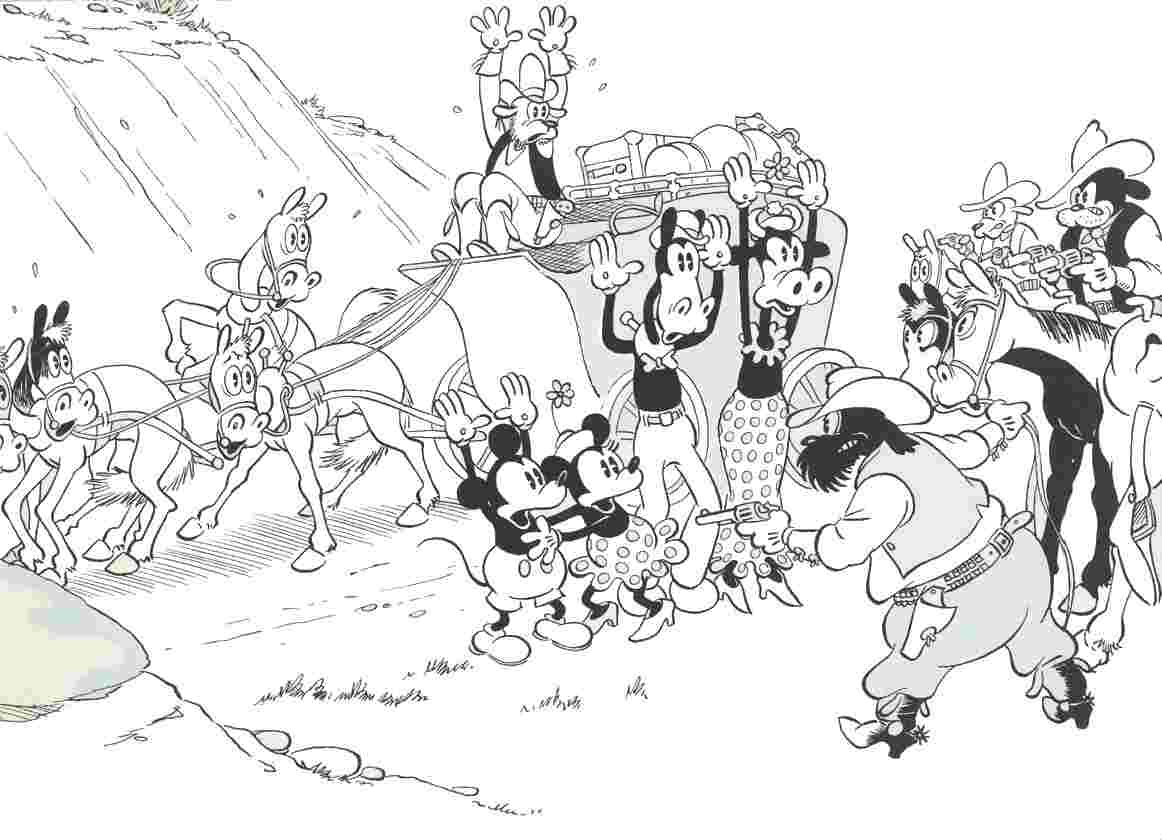 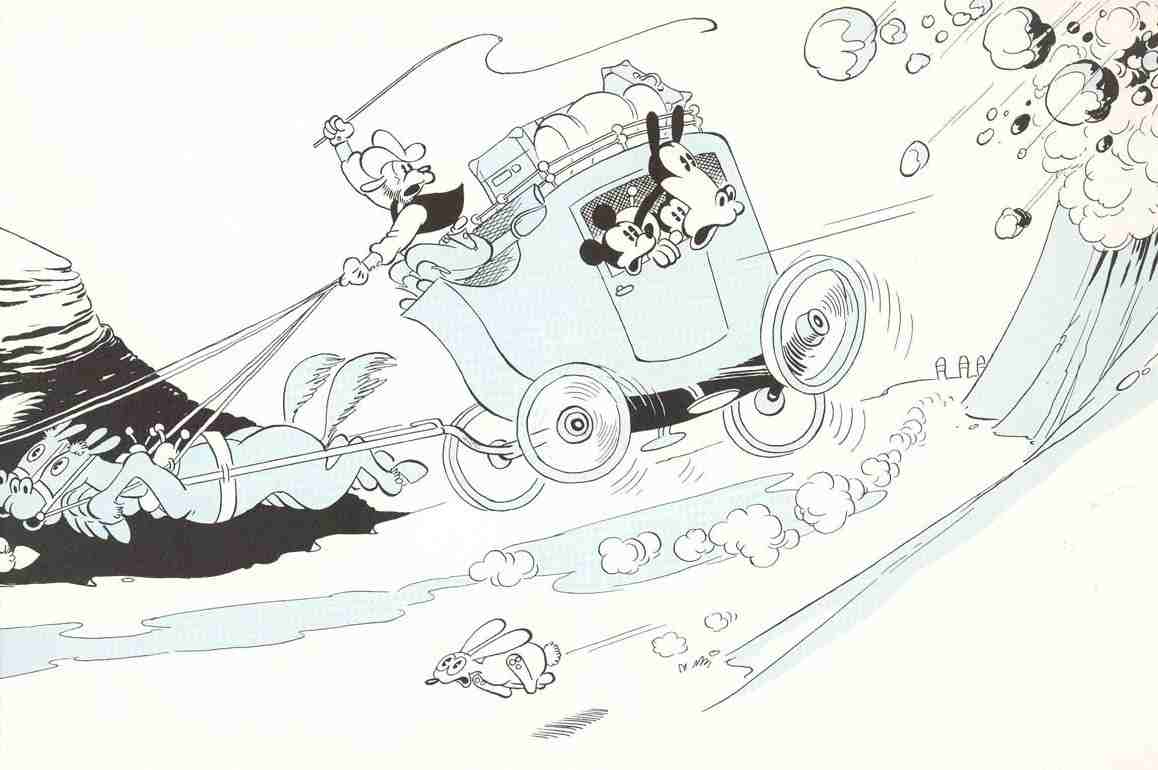 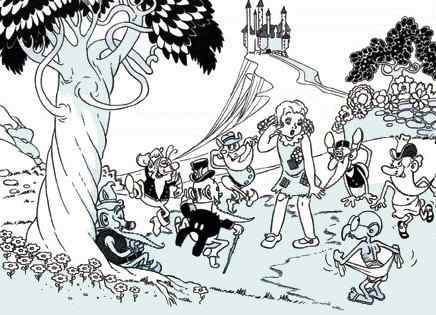 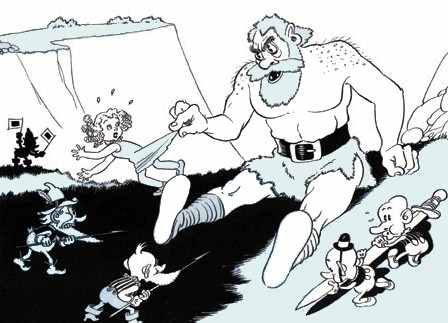